My Week 29 prompt at More Odds Than Ends from Unstagehand was the photo above of astronaut Leland Melvin and his two dogs Jake and Scout. According to this story, he snuck the dogs into the photo studio at NASA and the dogs are now a part of his official NASA portraits. I kicked this around for several days trying to figure out a story. In the end, it worked its way into the Cursebreaker series. I’m still not sure where this series is going, but as soon as I make some serious progress on the second Academic Magic book, I will start working my way through the adventures of Jack and the cursed dolls.

And, here’s what I came up with. I hope you enjoy it.

Jack stared at the photograph. It showed a smiling African-American man wearing a spacesuit and two obviously happy dogs climbing into his lap and licking his face. He looked down at the two dogs sitting outside his office door. The dogs in the photo. There was no doll, just the two dogs who had arrived a couple of minutes ago, with one carrying the photo. He turned the picture over. There was a short note on the back.

I hope that Jake and Scout have found you. You need to go to my house and find the bobble-head doll of me. It’s on the shelf above the desk in my office. The house keys are on Jake’s collar.

Jack bent down and looked at both dogs. Yep, there were the keys on one collar.

“Okay, you’re Jake, and you must be Scout,” he greeted both dogs. Small tail wags acknowledged his greeting. He returned to the note.

I had a contract with Armina Grove and Camilia Sharpe. Yes, I read it. No, I did not break it, but they showed up on Tuesday and accused me of breaking the contract. They then left, promising to return. I put this note together and the keys on Jake’s collar. I have spoken with other magic workers and I think I am prepared for whatever they try next. In the event I am not, you are reading this note.

“Well, Greg, you were not prepared. At least not enough. And, I’m not sure that even two spaceflights could prepare anybody for a revenge-seeking witch,” muttered Jack.

Thank you for your help. I’m confident you can figure this out.

Jack ran a hand through his spiky black hair. Another magic-worker, another curse, no doll. At least no doll yet.

“C’mon boys, come in,” he waved to the two dogs. Captain’s tongue lolled out and his tail wagged in greeting. Jake and Scout trotted into Jack’s office. He closed the front door and crossed the small room to the other door and walked into his living room.

“Monica!” he called up the stairs. “I’m going out. Over to Greg Leland’s house. Captain’s coming with me.”

“What happened? Another doll?” Monica came down the stairs.

“The doll is apparently at Greg’s house. His dogs showed up just now with this,” he showed her the picture, “and house keys. The note on the back says there’s a bobble-head doll at his house that I need to pick up. I’m going to take all the dogs with me. It shouldn’t take too long. I’m going to grab the doll and come straight home.”

The entirety of the Cursebreaker series (so far) can be found here and at the top of the page.

My prompt, the opening lyrics from Bowie’s “Heroes”, one of my all time favorite songs, went to Cedar Sanderson who managed to work it into The Perambulating Hatrack. Pretty damn clever is that Cedar. 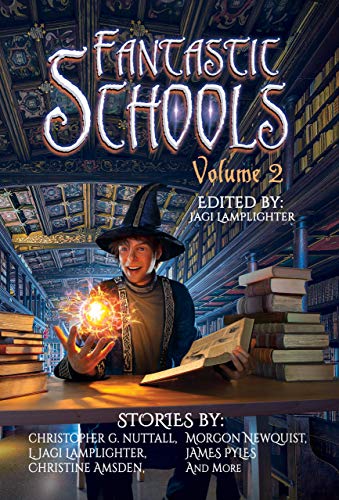